They worked so hard, and finished very late on the last day to get it all finished for me. I recommend them for all gardening works - Defrim

We were hired by Defrim to replace real turf, in the rear garden, which had seen better days and now had become a mound of rubble. Defrim and his wife had recently welcomed a child, so now was the time to create a child friendly area for them all to spend time. The choice to move to artificial grass was founded on it’s inherent low maintenance. It would also look healthy and vibrant throughout for years.

To begin with, levelled all of the garden using waste from the front garden, this in turn raised the garden by around 4-5inches. We then lay 2″ x 2″ timber surrounds which act as the parameter for the new artificial grass. Then came the additional sub base, we laid 6 tons of MOT and 3 tons of sand, all in order to raise the garden by an additional 3-4inches; this was then all levelled using a whacker plate. We then moved the rolls of artificial grass in place and joined the two pieces expertly, with barely no visible evidence of a join. This transformation was completed over 3 days.

kieran Burrows
17:56 27 Apr 22
Liam and the team at farellwolst did a fantastic job of my artificial grass and Indian stone patio great professionalism and attention to detail kept me informed and worked exceptionally hard to get done on schedule would highly recommend

Sam Cleeve
10:35 21 Mar 22
Recently reached out to Liam and the team for help replacing a steel beam supporting a knock-through on the ground floor of our house, a project that was itself the first stage of fixing a non-compliant loft conversion carried out by a previous owner.FarrellWolst were happy to discuss the project at length and provide excellent and much-needed advice even before we had asked them to carry out the works.Communication was excellent throughout, as was their commitment to getting the job finished properly, even as we encountered unexpected problems.First stage of this project looks great and has now been signed off by our local building control department. We look forward to having Liam and the team back at a later date to complete the loft conversion!

Jessica Johnson
10:15 11 Jan 22
We had our garage converted from a storage area to an office / gym. It took 7 days, including fitting a new door and window. Everything went perfectly and whatever was promised was delivered.

Cliff Lemur
18:50 01 Dec 20
Absolutely delighted. Liam and Paul converted my garage for me, into two rooms. One is a storage area and the second is a work area for my business. All completed in 4 working days (HARD WORK!) Couldn't recommend enough.

Phillip Graham
01:02 17 Nov 20
I had a Garage Converted in August. I had it converted to a storage room to an office with heating and electric. It's fully kitted out, to a really good standard. I would recommend.

Gemma Farrell
16:04 09 Aug 20
We had artificial grass put in the back garden and are so pleased with the result. Liam was great all the way through the process and delivered a brilliant result, would highly recommend.

Ben Wilson
20:24 21 Jun 20
Recently had our back garden transferred from a mud patch into an amazing space to relax in and the kids to play, the artificial turf recommended was perfect and expertly fitted, after a few recommendations from Liam he knocked up a small flower area with some sleepers to finish the garden off.Would highly recommend fantastic work and a food price to.

Liam Farrell
14:12 06 Apr 20
Would recommend. Very happy with the loft; the guys were always on time, polite and never left mess. The double wonder staircase was a challenge with the space and access but Paul fit it with incredible skill!Thanks
‹
› 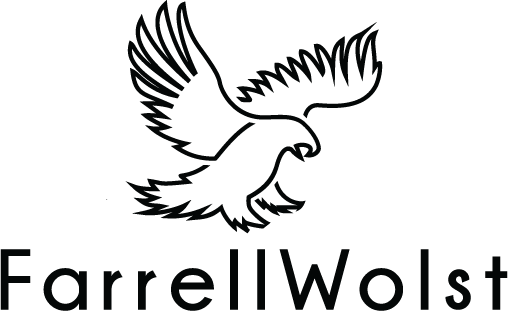